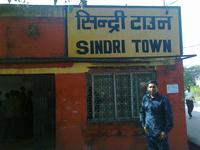 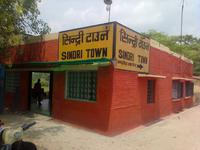 East Central railway has restored two ferries of Dhanbad-Sindri train from Thursday after the restoration of the first ferry after a gap of 17 months on August 1 this year.
A section of Sindri residents, particularly those travelling to Delhi through Purushottam Express however expressed dissatisfaction as the railways abruptly announced short termination of the pre announced journey of NSCB Gomoh Sindri town passenger train from Gomoh to Dhanbad.
According to the earlier communication of Railways which was made public through the official twitter handle of Ashish Bansal, Divisional Railway Manager of Dhanbad...
more...
Division of East Central Railway the Railway was to relaunch 03601 Sindri town special train from September 16 which was scheduled to leave Dhanbad at 11.40am to reach Sindri at 1pm. The bogey of the same train was to begin its journey at Sindri Town Gomoh Passenger Train (03327) leaving Sindri at 1.40pm to reach Gomoh at 4pm.
From Gomoh, the train was again to leave at 4.35pm as Gomoh Sindri town passenger (03328) to reach Sindri at 6.55pm. The same train was to leave Sindri at 7.50pm to reach Dhanbad at 9.10pm.
The Railway however citing unavoidable circumstances made changes in earlier schedule and as per the changes the train Sindri town Gomoh passenger train leaving from Sindri at 1.40 pm has been short terminated upto Dhanbad where it reaches at 3.07 pm. The Gomoh Sindri Passenger (03328) instead of earlier scheduled departure from Gomoh will not leave from Dhanbad 5.26 pm to reach Sindri at 6.55 pm.
Notably, the services of Sindri Gomoh Passenger train were withdrawn more than 9 years ago on account of revenue loss due to ticketless travelling etc and Sindri residents were happy over the announcement of restoration of trains withdrawn since June 11, 2012.
Talking to The Telegraph Online on Thursday, Deepak Kumar Dipu, President of Sindri Chamber of Commerce who also wrote to the railway authorities for the restoration of other ferries of train ever since the restoration of first ferry on August 1 this year said, “We are happy that at least the train ferries have been restored though we are slightly sad over the abrupt change in earlier announcement by railway and short termination train upto Dhanbad only.”
D.N. Singh, 78, a retired officer of FCI Sindri who is also the Vice President of All India FCI VSS Employees Association said, “The Gomoh trip would have been much beneficial for those travelling to Delhi from Sindri as large through Gomoh many trains of South Eastern Railway pass heading towards Delhi pass every day.”
Sep 17 (06:37) फिलहाल गोमो तक नहीं जाएगी सिंदरी पैसेंजर (www.livehindustan.com)
New/Special Trains
ECR/East Central
0 Followers
4076 views
News Entry# 464993  Blog Entry# 5068088      Past Edits
Sep 17 2021 (06:37)
Station Tag: Sindri Town/SNDT added by Adittyaa Sharma/1421836