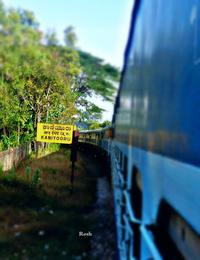 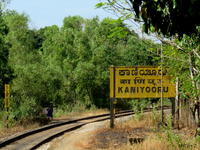 Mar 14 2017 (15:28)
Station Tag: Kaniuru Halt/KNYR added by karbang~/50057
Stations:  Kanhangad/KZE   Kaniuru Halt/KNYR
Posted by: karbang~ 757 news posts
Having received favourable report in the passenger and engineering feasibility survey for the proposed Kanhangad-Kaniyooru rail link, the Kanhangad Nagara Vikasana Action Committee here has urged the State to include the ambitious project in the joint agreement signed with the Centre.
The Action Committee’s demand during a meeting held here on Monday comes in the light of the State excluding the proposed Kanhangad-Kaniyooru rail line from the list of joint agreements reached with the Centre recently even as the former has included a few rail link projects whose surveys had not yet been taken up so far.
The...
more...
State government had earmarked Rs. 20 crore in its 2016 budget for the proposed Kaniyooru rail project, that passes through Kerala and Karnataka, it said.
The committee lauded the decision of the Union Surface Transport Ministry to turn the Kanhangad- Panathur-Bagamandala-Madikkeri State highways into national highway to link Bengaluru via Mysore.
×
Mar 22 2015 (09:54) Survey of Kanhangad-Kaniyuru rail line (www.thehindu.com)
News Entry# 217617      Past Edits
Mar 22 2015 (9:54AM)
Station Tag: Kaniuru Halt/KNYR added by Mysuru Express/961653

Mar 22 2015 (9:54AM)
Station Tag: Subrahmanya Road/SBHR added by Mysuru Express/961653
Stations:  Kaniuru Halt/KNYR   Kanhangad/KZE   Subrahmanya Road/SBHR
Posted by: ~ 130 news posts
Delay in the conduct of a fresh survey on the proposed Kanhangad-Kaniyuru rail line has led to an action committee meeting up to stress for the quick start of the survey.
The 75-km rail line stretch provides easiest access to Bengaluru from north Kerala.
The Railways had already successfully completed both the traffic and feasibility surveys on the 40-km-long Kanhangad-Panathur part of the rail line stretch.
But...
more...
a fresh survey on the entire route was announced last year by former Railway Minister D.V. Sadananda Gowda in his maiden Railway Budget, shortly after the BJP-led government came to power at the Centre.
read more:- click here
Page#    Showing 1 to 2 of 2 News Items
Scroll to Top
Scroll to Bottom
Go to Mobile site
Important Note: This website NEVER solicits for Money or Donations. Please beware of anyone requesting/demanding money on behalf of IRI. Thanks.
Disclaimer: This website has NO affiliation with the Government-run site of Indian Railways. This site does NOT claim 100% accuracy of fast-changing Rail Information. YOU are responsible for independently confirming the validity of information through other sources.
India Rail Info Privacy Policy