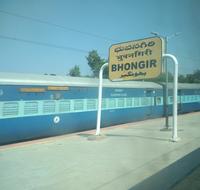 LUCKNOW: Even as Lucknow Development Authority (LDA) hands over the existing foot overbridges to the Lucknow Municipal Corporation (LMC) there is a growing apprehension that the structures may come in way of the proposed metro rail route.LMC experts examining the foot overbridges said that the structures are almost at the height at which the metro rail is proposed to ply on the north south corridor. Municipal commissioner RK Singh confirmed that the issue is being examined on the said front.There are three foot overbridges that have been transferred to LMC for their upkeep. The three include those at Alambagh, Charbagh and polytechnique crossing on Faizabad road. Interestingly, the three overbridges happen to fall in the line of the proposed metro rail route. The rail is proposed to run on the middle of the road at a height that matches the one at which the bridges are situated.A senior LMC official said...
more...
that they are unsure if the structure will continue to exist or will have to be removed to pave way for the proposed metro rail. The overbridges are being handed over to the LMC for their better upkeep. The municipal corporation has already invited bids for advertising to raise funds which would be used for up keep of the structures.
The tenders for the advertising will be floated and given for a set term. Hence it will be crucial for the LMC to calculate if the advertising companies will be able to provide the services. Sources said that the foot overbridges lie in a very bad shape in the absence of a proper upkeep. The over bridges were built during the regime of Mayawati, each at a cost of around Rs 5 crore. The structures also lie unused in the absence of escalators.
Oct 19 2013 (08:42) Inter City express delayed (www.thehindu.com)
Commentary/Human Interest
SCR/South Central
News Entry# 153098      Past Edits
Oct 19 2013 (12:18PM)
Train Tag: Sirpur Kaghaznagar-Secunderabad Intercity Express/17012 added by moderator**/12
Station Tag: Bhongir/BG added by moderator**/12
Trains:  Sirpur Kaghaznagar - Secunderabad InterCity Express/17012
Stations:  Bhongir/BG
Posted by: Rang De Basanti^ 138690 news posts

The Inter City express operating between Sirpur Kagaznagar and Secunderabad was delayed for four hours due to a technical snag. The train was halted at Bhuvanagiri Railway station to replace it’s engine.
After fours hours, the problem was rectified.
Passengers had a tough waiting as the train which arrived at Bhuvanagiri at 3.30 p.m. had departed at 7.30 p.m. However, no trains were delayed because the train was halted on other track for repairing.
Page#    Showing 1 to 4 of 4 News Items
Scroll to Top
Scroll to Bottom
Go to Mobile site
Important Note: This website NEVER solicits for Money or Donations. Please beware of anyone requesting/demanding money on behalf of IRI. Thanks.
Disclaimer: This website has NO affiliation with the Government-run site of Indian Railways. This site does NOT claim 100% accuracy of fast-changing Rail Information. YOU are responsible for independently confirming the validity of information through other sources.
India Rail Info Privacy Policy