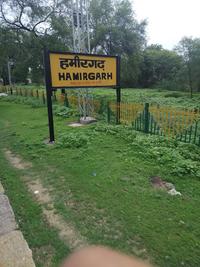 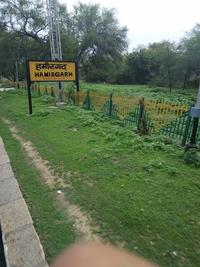 The driver and cleaner of a lorry were killed today when their vehicle hit a passenger train at a level crossing near here, police said.
The accident occurred around 1.50 PM between Hameergarh and Soniayan stations near Takhtpura, they said.
The driver of the Udaipur-Ajmer passenger train received bruises from broken glass panes of the engine cabin, but continued the journey after a brief halt, a railway spokesman said in Jaipur.
The...
more...
deceased have been identified as truck driver Madan Gurjar and cleaner Gopal Gurjar, a police officer said.
There was no damage to the tracks and the wreckage of the truck was removed to facilitate smooth running of trains, the spokesman said.
Page#    Showing 1 to 1 of 1 News Items
Scroll to Top
Scroll to Bottom
Go to Mobile site
Important Note: This website NEVER solicits for Money or Donations. Please beware of anyone requesting/demanding money on behalf of IRI. Thanks.
Disclaimer: This website has NO affiliation with the Government-run site of Indian Railways. This site does NOT claim 100% accuracy of fast-changing Rail Information. YOU are responsible for independently confirming the validity of information through other sources.
India Rail Info Privacy Policy