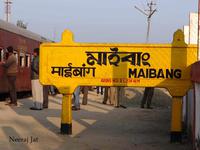 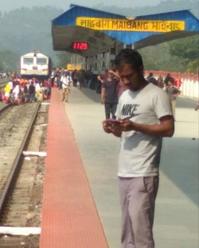 May 04 2015 (5:11PM)
Station Tag: Maibang/MBG added by • •• Alexander •• •/1228376
Stations:  New Delhi/NDLS   Maibang/MBG
Posted by: Tanmay Thakur~ 62 news posts
NEW DELHI: Prime Minister Narendra Modi may prefer the Gir lion to be the national animal of India, but the tortoise was the UPA’s symbol of governance. Racing it is the hare representing cost over-runs, which in a mixed bag of policy paralysis and cost escalation means that the taxpayer’s money is wasted by negligence, inaction and inefficiency of successive governments. Sectors most hit are infrastructure, roads, railways and power.
The spend on 738 government projects budgeted at Rs 9,77, 589 crore has gone up to Rs 11,84,766 crore due to delays—an addition of Rs 2 lakh crore, which is more than the money involved in the 2G spectrum and coal block auctions scams. The Modi government has eased guidelines to speed...
more...
up projects, but the tortoise is ahead of the hare.
In December 2003, NDA I, headed by Atal Behari Vajpayee, gave approval to Haraganjo-Maibang project worth Rs 212 crore to transform the rural road infrastructure. After 12 years and a cost overrun of Rs 174 crore, it was finally commissioned in March 2015.
At least 21 other projects worth Rs 4,142 crore, cleared by Vajpayee in 2003, are likely to be commissioned only in 2015. Data shows 315 big-ticket development projects are hit by policy paralysis, causing delays from one to 10 years.
The delay surpasses the total budget of the Agriculture, Rural Development, Internal Security and Health ministry’s put together for 2015-16. The bottlenecks threaten to overshadow Modi’s economic reform push.
Last week, Union Minister Nitin Gadkari announced projects worth Rs 15,000 crore to boost road connectivity in the Northeast. Vajpayee had approved a proposal for NH-54 in Assam-Mizoram for Rs 196 crore. Supposed to be completed in July 2009, it is now expected be commissioned in June 2015, adding Rs 167 crore. Of 738 development projects of Rs 150 crore and above being monitored by the Centre, 224 projects hit by the delays are likely to drill bigger holes in the government pocket.
Just sample this: Patna-Ganga Bridge Costing Rs 624 crore was approved by Vajpayee in April 2001. Expected to be commissioned in October 2007, it is likely to get over in December 2015 at a cost of Rs 2921 crore—approximately a 367 per cent jump from the original cost with a delay of over eight years. 134 NHAI projects under monitoring of the Centre, are either facing delays or cost overrun.
Prime Minister Modi recently launched the interactive platform PRAGATI to monitor and review important programmes and projects, besides directing the PMO to monitor all big projects involving large investments.
Underdeveloped states are bearing the brunt of regulatory bottlenecks. An analysis of 738 projects reveals that 17 in Andhra Pradesh are either facing time overrun or cost overruns. 29 projects in Assam are delayed with cost overrun running from Rs 100 crore to Rs 200 crore. Bihar is facing delays in 21 projects.
When NDA II came to power in May last year, it decided to tweak the rules and regulatory framework to ensure ease of doing business for both public and private projects. The PMO has directed a committee headed by Ajit Seth with secretaries of infrastructure ministries as members for monthly review of all the big-ticket projects.
Jan 13 2015 (11:47) Goods train reach New Haflong on Monday 12.1.15 (www.dainikjugasankha.in)
New Facilities/Technology
NFR/Northeast Frontier
0 Followers
22781 views
Useful: 1
News Entry# 208872  Blog Entry# 1338776      Past Edits
Jan 13 2015 (12:53PM)
Station Tag: Lumding Junction/LMG removed by জয়দীপ JOYDEEP जय़दीप*^/90119