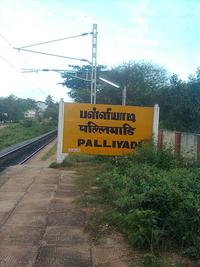 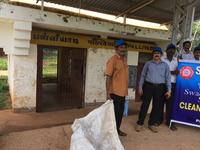 Activists in the southernmost district of Tamil Nadu, Kanyakumari, have raised strong protests against printing of railway tickets in Malayalam at Palliyadi railway station.
According to a complaint by Kanyakumari District Railway Users’ Association to railway authorities, it is noted that Palliyadi railway station issues tickets in Hindi, Malayalam, and English only.
“Tickets do not contain information in Tamil,” the complaint noted, alleging that Malayali railway officials were imposing the Malayalam language in Tamil Nadu state. Though Palliyadi is located in Tamil Nadu, as per railway network it falls within Trivandrum Division (Kerala)....
more...
The complaint also noted that for convenience of passengers the Railways is allowed to print the languages of two states at border stations.
In Kanyakumari, Kulitturai West is the border station and Parasala is the border station in Kerala, where according to existing rules the tickets could be printed in both Malayalam and Tamil.
“Palliyadi is 15 km away from the border station..(also) there is an intermediate station named Kulitturai between Palliyadi and Parasala. We hereby request you to remove Malayalam language tickets and issue Tamil language tickets in Palliyadi Railway station immediately,” the activists demanded.
They also demanded that the Tamil Nadu government should intervene and take necessary steps to remove Malayalam language tickets from Palliyadi Railway Station.
20812 views
Useful: 1
Dec 10 2018 (14:21)
Tankapur to Pithoragarh new Railline
sachinature~   8158 blog posts
Re# 4086720-1            Tags
No Tags
Past Edits
This feature shows the full history of past edits to this Blog Post.
@4086720-0  @Yash M~
Similar case has reported once at MAQ, over reservation slip in Malayalam but not present in Kannada
Jun 16 2016 (19:32) Train services to Kerala disrupted (www.newindianexpress.com)
Major Accidents/Disruptions
SR/Southern
News Entry# 271167      Past Edits
Jun 16 2016 (7:32PM)
Station Tag: Kulitturai/KZT added by Kerala Police Rocks ^/436575

Jun 16 2016 (7:32PM)
Station Tag: Nagercoil Junction/NCJ added by Kerala Police Rocks ^/436575
Stations:  Thiruvananthapuram Central (Trivandrum)/TVC   Nagercoil Junction/NCJ   Eraniel/ERL   Kulitturai/KZT   Palliyadi/PYD
Posted by: dnivarA~ 166 news posts
NAGERCOIL: Train services between Thiruvananthapuram and Nagercoil were disrupted for a few hours during the early hours of Thursday after a tree fell along the tracks at Marthandam and snapped the electric lines.
Many parts of the district experienced strong winds on Wednesday night. Around 4 am on Thursday, a rubber tree between the Eraniel and Palliyadi railway stations fell and damaged the overhead wires. Due to this, train going to Thiruvananthauram from Nagercoil were stopped at various stations ahead of Palliyadi. Railway engineers from Thiruvananthapuram arrived at the accident spot and started restoration works.
Diesel...
more...
locomotives were used to resume train services by about 9 am.
Page#    Showing 1 to 2 of 2 News Items
Scroll to Top
Scroll to Bottom
Go to Mobile site
Important Note: This website NEVER solicits for Money or Donations. Please beware of anyone requesting/demanding money on behalf of IRI. Thanks.
Disclaimer: This website has NO affiliation with the Government-run site of Indian Railways. This site does NOT claim 100% accuracy of fast-changing Rail Information. YOU are responsible for independently confirming the validity of information through other sources.
India Rail Info Privacy Policy