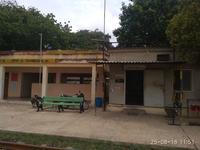 PORT OPERATIONS at Navlakhi port in Morbi which had been severely affected by the very heavy rainfall last week are yet to fully recover, as sections of railway tracks were washed away by floodwaters and rail traffic remained suspended for the sixth day on Friday.
Morbi taluka had recorded around 24 inches (about 610 mm) of rain between August 8 and 10. Of that, 10 inches of rainfall was recorded just within a few hours on August 10, leading to severe waterlogging in Navlakhi port. Sections of the railway track, which connect the port to the railway network of the country, were washed away due to the very heavy rainfall and the release of water from the upstream Machhu-II dam. Therefore, rail...
more...
traffic to the port, which is a major landing point for imported coal, has remained suspended for a week now.
Every month, an average four lakh metric tonnes (MT) of imported coal lands at Navlakhi and is then supplied to parts of Gujarat and the neighbouring states. Annually, the port handles more than 50 lakh metric tonnes of imported coal. Navlakhi port is owned and operated by the Gujarat Maritime Board, an arm of the Gujarat government.
On Friday, a senior Gujarat Maritime Board officer posted at Navlakhi port told The Indian Express that premises had been cleared of flood water. “Our focus is on normalising port operations,” the officer said. “While the roads are motorable and cargo has started moving on roadways, railway traffic is still suspended. The railway authorities are repairing the track and we are hopeful that train operations will resume in a couple of days.”
Officers of the Rajkot division of Western Railway said the work was being carried out on a war footing to repair the tracks. “While no passenger trains ply on that section, it is an important line linking to the port,” an officer of Rajkot division of Western Railway said. “The track was damaged after a large amount of water was released from Machhu dam.”
Due to waterlogging, importers said some coal was lost. “Due to very heavy rainfall within a short duration, some of the coal was washed away with rainwater. So, there was physical loss also,” said Piyush Duttani, a senior sales executive with a coal importing firm which offloads its import cargo at Navlakhi. The very heavy rainfall had adversely affected the loading and unloading of coal at the port. This led to an increase in charges and service costs for importers and coal traders.
Page#    Showing 1 to 1 of 1 News Items
Scroll to Top
Scroll to Bottom
Go to Mobile site
Important Note: This website NEVER solicits for Money or Donations. Please beware of anyone requesting/demanding money on behalf of IRI. Thanks.
Disclaimer: This website has NO affiliation with the Government-run site of Indian Railways. This site does NOT claim 100% accuracy of fast-changing Rail Information. YOU are responsible for independently confirming the validity of information through other sources.
India Rail Info Privacy Policy