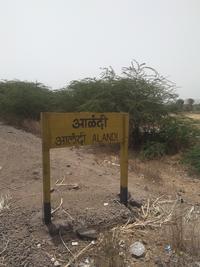 Pune: A Railway Protection Force team arrived in time to save a girl from a gang near Pune after she was abandoned by her friends after a fight, an official said on Saturday.The incident took place at Aland railway station, about 21 kilometres away from Pune on Friday night."The girl had come with some friends in a four-wheeler there. Just then a group of 6-7 people picked up a quarrel with her group. Her friends ran away leaving her at the mercy of this group which was armed with swords," he said.The gang took her to an abandoned cabin at a level crossing gate with the intention of sexually assaulting her but had to run away when the RPF team arrived there, he said.
Page#    Showing 1 to 1 of 1 News Items
Scroll to Top
Scroll to Bottom
Go to Mobile site
Important Note: This website NEVER solicits for Money or Donations. Please beware of anyone requesting/demanding money on behalf of IRI. Thanks.
Disclaimer: This website has NO affiliation with the Government-run site of Indian Railways. This site does NOT claim 100% accuracy of fast-changing Rail Information. YOU are responsible for independently confirming the validity of information through other sources.
India Rail Info Privacy Policy