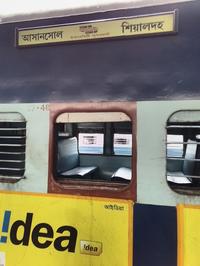 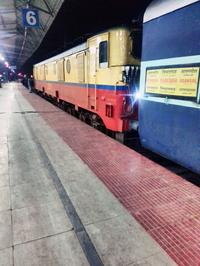 Apr 04 2018 (17:29)
Train Tag: Bhagirathi Express/13104 added by rajkamalspj~/318526
Trains:  Bhagirathi Express/13104   Asansol - Sealdah SF InterCity Express/12384
Stations:  Sodpur/SEP
Posted by: Ranjeet~ 3 news posts
Irate passengers today blocked train movement at Sodepur station in Sealdah division for around two hours, protesting delay in EMU train services during peak hours.
An Eastern Railway official said that 15 pairs of EMU locals were cancelled owing to the agitation at Sodepur station in the SealdahBarrackpore section, blocking both up and down lines from 9.52 am.
Thousands of passengers were left stranded owing to the blockade at several stations in the Sealdah division.
The...
more...
delayed running of trains was due to non-interlocking work at Halisahar station, ER spokesman R N Mahapatra said.
He said that the ER had notified about the work at Halisahar station from April 1 to 3, which was to be completed this morning.
"Its impact on train movement was published in all leading newspapers on March 29 for passengers' information," Mahapatra said.
The work at Halisahar station has been completed, and normal train services resumed at 11.58 am after the blockade was lifted, he said.
Apart from cancellation of the EMU locals, 21 suburban trains and three express trains were detained enroute for 50 minutes each on an averag,e owing to the agitation.
Page#    7 News Items
Scroll to Top
Scroll to Bottom
Go to Mobile site
Important Note: This website NEVER solicits for Money or Donations. Please beware of anyone requesting/demanding money on behalf of IRI. Thanks.
Disclaimer: This website has NO affiliation with the Government-run site of Indian Railways. This site does NOT claim 100% accuracy of fast-changing Rail Information. YOU are responsible for independently confirming the validity of information through other sources.
India Rail Info Privacy Policy