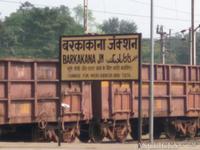 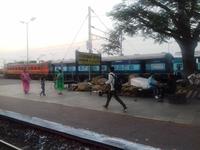 As far as Seat expectation...reservation started 120 Days before journey. Everyone has same right to reserve the seat. Quota always matters when your ticket is on Waitlist.

Ed Wap1 on its 2351 kms long journey with 08310 Jammu Sambalpur express
Page#    Showing 1 to 5 of 188 blog entries  next>>
Scroll to Top
Scroll to Bottom
Go to Mobile site
Important Note: This website NEVER solicits for Money or Donations. Please beware of anyone requesting/demanding money on behalf of IRI. Thanks.
Disclaimer: This website has NO affiliation with the Government-run site of Indian Railways. This site does NOT claim 100% accuracy of fast-changing Rail Information. YOU are responsible for independently confirming the validity of information through other sources.
India Rail Info Privacy Policy