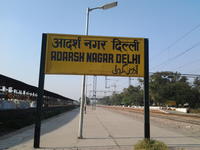 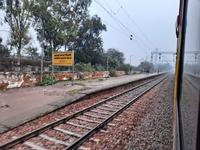 Subscribe Now! Get features like
A special passenger train was halted at Adarsh Nagar railway station for nearly half an hour on Monday after an unattended bag, which caught fire, sparked bomb fears among passengers on Monday morning. A bomb disposal squad, which inspected the contents of the bag after the police cordoned off the area, later found that it was just a carpenter’s tool kit and attributed the fire to the friction between nails and presence of flammable solvents inside.
According to railway officials, the 04406 Down Kurukshetra-Hazrat Nizamuddin special passenger train...
more...
was halted between 9.21 am to 9.45 am at Adarsh Nagar railway station, after a bag caught fire in the train. Officials said the presence of nails in the bag, spotted by eyewitnesses, also led to panic among passengers as it is a common component in any improvised explosive device (IED). A passenger even threw the bag out of the train.
The incident comes in the backdrop of the discovery of unclaimed bag containing an Improvised Explosive Device(IED) at the Ghazipur market just two months ago.
“After receiving the complaint, we immediately informed the police officials of Railway Protection Force (RPF) and Delhi police... After a thorough search by them, the train started for its final destination at Hazrat Nizamuddin,” said a Northern Railway official.
Deputy commissioner of police (railways) Harendra Kumar Singh said, “We got a complaint about fire in a coach of the train. The police immediately rushed to the spot and found that a bag and a small pouch along with a small container were kept in the coach. The pouch, containing nails, caught fire and about two kilograms of nails were found in it. Passengers threw the bag out of train and nails were collected by the staff at Adarsh Nagar Railway station. The bag had worn clothes whereas the container had liquid like varnish used by carpenters. The cursory look affirms that the bag may belong to a carpenter and friction in nails led to fumes in the clothes. BDS (bomb disposal squad) was also called at the spot and they also ruled out explosive theory in the incident.”
Mar 16 (09:59) रेलवे ने आज कैंसिल किया 200 से ज्‍यादा ट्रेनों को, देखें अपनी गाड़ी इस लिस्‍ट में (m.jagran.com)
IR Affairs
ER/Eastern
0 Followers
33747 views
News Entry# 480458  Blog Entry# 5244216      Past Edits
Mar 16 2022 (09:59)
Station Tag: Adarsh Nagar Delhi/ANDI added by 😎😎BBS Raj 🚝 Purushottam Meri jaan😘😘❤ ❤/2086033